Because we never had the resources to do true, extensive interplanetary travel. The government was forever stuck in domestic policies and snafus, by which I mean earth-bound. Politics and international tensions prevented all but a few face-saving and performative probes from leaving our atmosphere to orbit, possibly land on foreign objects and other planets as some grand statement of man's supposed legacy to conquer the universe.

Or at least, the closest parsec of it. But even then, our satellites and probes would dig in the dust of Saturn's moons and find rhodium. Or gold. Or liquified krypton. Which would stop all attempts at further exploration and turn the exercise into how to best mine, transport and exploit the new motherlodes. So when the aliens finally presented themselves, making themselves visible after, what they claimed were months of observation beforehand, it was expected, obvious and in a way a relief for the officials in our command office. 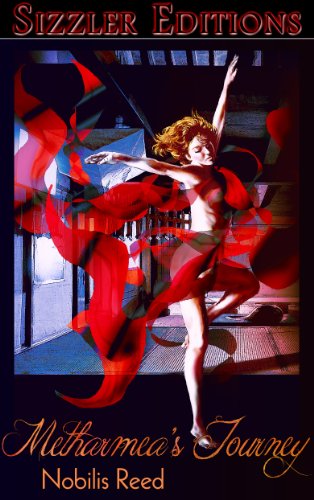 Particularly Capt. He had an aggressive idea the aliens would be militaristic and come in hard and without warning. Lightheart, a fellow more misnamed than anyone I'd ever met, kept insisting we wouldn't be ready to take on the aliens, however much warning and how docile, their sudden appearances might be. Lightheart had access to high-level surveillance information Bridgette and I didn't have.


Ominous radio signals, disturbances in the solar flare patterns, strange bogies sighted in formations over the beaches of Bermuda and Cancun, avoiding scrambled Air Force jets. Above our pay grade. But Bridgette had a different idea of the aliens.

It would be to understand us. Make friends. Maybe teach us high science concepts. My view, well, I thought the likelihood of some other species visiting Earth was extremely unlikely. I was the press liaison, so I took every bit of news with a grain of salt. Never thought a story too good to be true ever was.

The reason why I was here, at PUSESS where the existence of aliens was the entire point of the organization, was I think I was always attracted to smart girls, and girls like Bridgette, brainy and able to spout equations as easily as recipes for mixed tropical drinks. Post-grad docs who loved to dream, read science-fiction and wool-gather around a world in which women were in charge. Turns out my prediction was much less accurate than Bridgette's, who expected world peace, and Lightheart's, who expected total domination.

The truth was a little of both.

I was lost. Now, with night falling, the antique lamps which gave the area its name flickered to life, casting mocking shadows against uncaring brick walls and dark windows. I stood on the corner of two nameless streets--one little more than an alley--and threw up my hands in frustration.

My excursion had started well enough earlier. It was a cultural melting pot, a unique blend of backgrounds and beliefs. During the day, you could find treasures and wonders in its tiny groceries, bookstores, and curio shops. Where it bordered the normal parts of the city, like Caravan Street or Tuesday University, you could find popular hangouts and hotspots. My mistake had been in venturing too far off the beaten path. Camera in hand, I went searching for new and interesting shots, not heeding those who said it would be a bad idea. For all of its many tiny nameless streets, the Gaslight District was still a finite area in a much larger city.

I pulled my denim jacket close as a chill ran through the air. All I saw were closed doors, dark windows, and capriciously dancing shadows. The silence broke.

Raised voices. Harsh laughter. A pained cry punctuated by a soft thud. Jingling chains and scuffed movements. Common sense told me to head away from what sounded like certain trouble; other instincts urged me around the corner, where certain trouble was already in progress. The remaining chapters will be exclusive to the Patreon campaign. Get Monster Whisperer on Amazon. This episode of Nobilis Erotica is sponsored by Literotica , the world's most popular online community of self published erotica authors and readers for over 20 years.

Mark Alderton has been published by Circlet Press, and was co-editor of the recursive collection, "Like a Circlet Editor. Most of his family and friends would be quite surprised. Not surprising. People think testing and refining 'mates is a dream job. All it is, in most people's minds, is spending every day having sex with partners designed to be perfect, from their vat-grown bodies to the actual people running the simulacra. Not everyone can do this, of course. The physical signs are obvious: Cardio. Heightened respiration.

Flushed skin. Copious lubrication. And, naturally, physical responsiveness. Our clients don't simply want to go through the motions. They could do that without our help. They want to feel it as an authentic experience. I can not only check off the physical signs. I can read the mental ones. Is the 'mate making an effort to connect?

Since I'm in her mind, I can tell. Is the puppetmaster seeing that she is in the moment, so to speak? The good ones — and I've worked with the best — make you forget this is work for hire. For the half hour or hour that you're together, she not only has eyes only for you, but is becoming increasingly aroused by what you do, and makes sure to let you know it. This is sex taken to the level of perfection.

It's being with a 'mate whose goal is not only your pleasure but making sure you know that your ministrations are beyond compare.


It's brilliant, really. By making both sides of the physical act flow back to the customer, satisfaction is guaranteed. I don't know if the men and women who test the male 'mates experience it in quite the same way but then, as you might imagine, this isn't the sort of job where we hang out in the coffee room and compare notes.

So, we'd been going at it for a bit. This 'mate was brunette, a tad plump in the current fashion which is to say in all the right places. She was on her back, her legs wrapped around mine, pulling me into her core. Her nails gently scraped my back and the nape of my neck. Sort order. Start your review of Metharmea's Jourmey.

The details all play against the characters themselves, whom he also draws with loving care and attention. As with many of his past stories, I find myself easily getting pulled into the world he's created, and I quickly feel as if I know the characters personally. The only quibble I might have with this story is the ending.